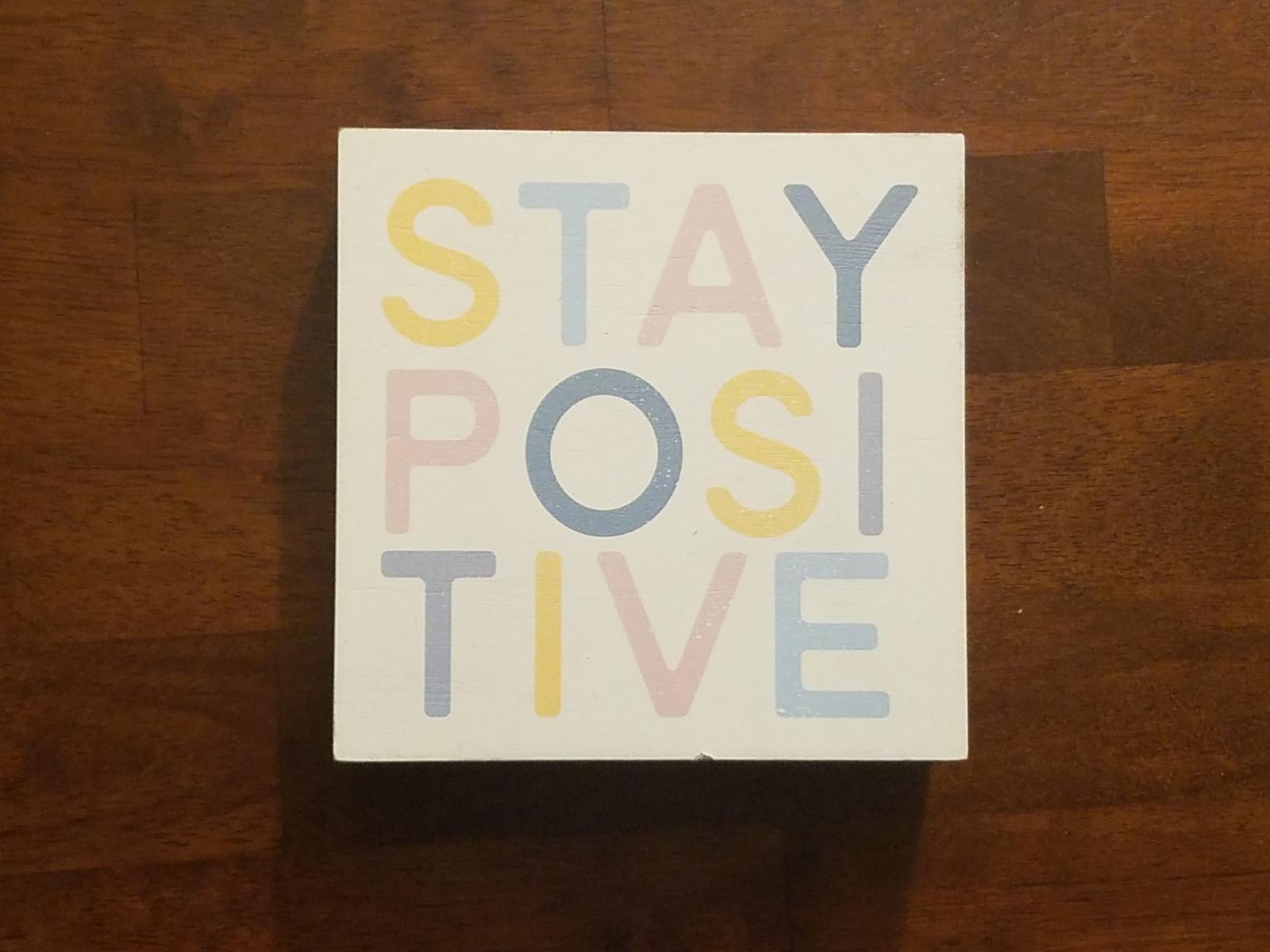 “Once you replace negative thoughts with positive ones, you’ll start having positive results”.

Positive people make positive things happen is one of my favorite quotes to live by!  This quote has been with me for years—I do not even remember when or where I started using it but incorporate this quote in life daily.

Let’s get back to the positives in this article! 😊

Positive anything is better than the negative counterpart.  Think of the positive people in your life and how they make YOU feel.  These folks are always seeking a way to make things around them better.  It could be how they greet you in the morning or the ever present smile on their face even when things are not going their way.  It would be easy for them to complain but they do not.  They seek the positives in the situation and how to make things better.  They strive to get things done and not worry about the circumstances.

This ability to seek the positives directly translates to making positive things happen.  This is not a coincidence—focusing on positives allows these folks to generate positive outcomes.  They use their time and energy to find solutions to make a difference on projects they work on.

These are the folks I gravitate towards because they are solution focused—not looking for excuses why things cannot get done.  I pride myself as a positive person and wake up daily to make a difference in the world.  This mindset has helped guide me towards successful outcomes in whatever venture I seek to conquer. Please note, there are days when negative thoughts creep in but I quickly shake them off so I can continue to move forward.

That negative friend, coworker or family member drains energy by identifying why something cannot be done.  These negative folks spend more time taking away from finding a solution—there are times where I see this negative mindset attract like minded folks and they feed off each other.  Do not fall into this trap—avoid these people at all costs.  Better yet, be so positive they want to avoid you or at least want to emulate the positivity you put on display daily.  I find joy frustrating negative people by not allowing their issues to come into my world.

My goal is for them to join in on the positive things happening.

What do you do to ensure a positive mindset?  How do you avoid the negative noise from others?

As iron sharpens iron, so one man sharpens another

“He who commits injustice is ever made more wretched than he who suffers it”.

My Walk into the Future for 2020 has been an interesting journey so far.  Not complaining because there are worse things in life than maintaining physical distance during a time of COVID-19.

The most interesting part has been the ability for me to find a new voice and interest in documenting injustices that are happening in plain sight in America.  The current news cycle seems to identify another racial injustice daily in America—that may be a slight exaggeration, but you may have to walk in my shoes to prove that.

My latest injustice knowledge came through a research show on ESPN titled the Black 14. I did not stop to watch the program initially because it centered around the University of Wyoming football team and I never had interest with anything in Wyoming.  Decided to sit a bit and see what the program was about since I could not make it to the beach due to bad weather—lucky me! 😊

The Black 14 were 14 black football players who were recruited to the University of Wyoming football team from every corner of America.  These players wanted to be a part of something different and chose to play football in Wyoming.  I later learned there initially were 17 black players on the team but 3 quit the team earlier.

The racial turmoil of 1969 made it out to Wyoming in the form of protests in and around the University of Wyoming campus.  The Black 14 were not part of the student organizations who protested injustices but wanted to take a stand against the racism of the Mormon church which founded Brigham Young University (BYU).

The Black 14 wanted to wear black armbands with the number 14 to signify unity when the University of Wyoming football team played against BYU.  The players decided to approach their head coach with the REQUEST to wear the arm bands during the game.  The coach saw this request from the Black 14 as a rebellion against him (white guy) and his authority. Again, the Black 14 went to ask permission to wear armbands.  Fast forward and the Black 14 were dismissed from the team because they were creating a fragmented locker room according to their coach.

Their dismissal was appealed but the Black 14 were still kicked off the team even with most of the students on-campus in support of what they wanted to do.  The Black 14 never got another chance to play for the University of Wyoming together again.  Some stayed around the campus and were let back on the team the following year.  Others made their way to smaller schools to complete their playing careers.  They never got an apology or full explanation of why they were kicked off the team.  A side note to this story is the University of Wyoming football program has never regained a national place in the college football world after the Black 14 were kicked off the team.  Karma is real!

Imagine you go to an authority figure to ask for permission for something but get kicked out for simply asking.  These men were damaged for just trying to do what others around the country could do freely.

Sadly, it took the University of Wyoming 50 years to issue a formal apology and welcome the Black 14 back to campus.  This is a start but imagine how these men felt over the past 50 years.  Happy they got their apology but makes me wonder how many other Black 14’s, Black 27’s, Black 3’s we never hear about.

2020 has proven to be my year of enlightenment and learning more about America.  There appears to be a lot left for me to learn.

“If you can’t eliminate injustice, at least tell everyone about it”.

Walk Into the Future

A daily selection of the best content published on WordPress, collected for you by humans who love to read.

The best longform stories on the web

The latest news on WordPress.com and the WordPress community.